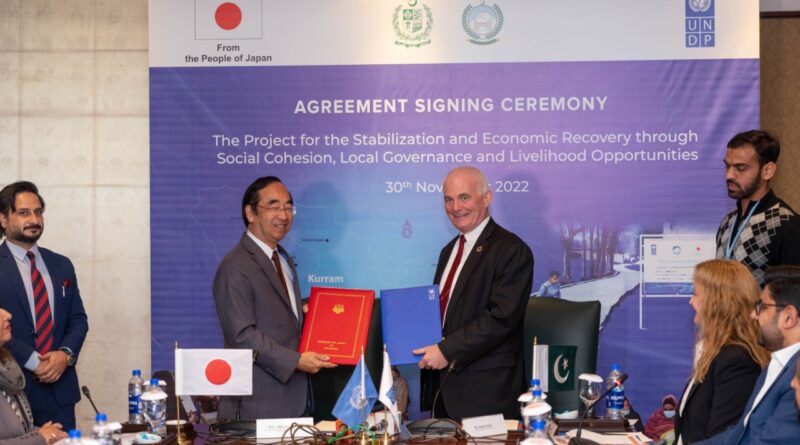 The United Nations Development Programme (UNDP) Pakistan and the Government of Japan have signed an agreement to launch a project of US$3.9 million “for the stabilization and economic recovery through social cohesion, local governance, and livelihood opportunities” for communities in Kurram and Orakzai districts.

According to the details, the agreement was signed by H.E. Mitsuhiro Wada, Ambassador Extraordinary and Plenipotentiary of Japan to Pakistan, and Knut Ostby, Resident Representative, UNDP Pakistan. The signing ceremony was held in Islamabad and was attended by senior officials from the Embassy of Japan in Islamabad, the Economic Affairs Division, Planning and Development Department of Khyber Pakhtunkhwa.

With generous support from the Government of Japan, the two-year project will assist more than 200,000 individuals, with a particular focus on youth and women. The project will use innovative approaches to engage youth in policy dialogues and sports/cultural events for social cohesion and trust building. Employment opportunities will be provided to 1,300 youth through digital skills, incubation, and skills training. Community organizations will engage in the planning process and rehabilitate 50 community physical infrastructure schemes. Thirty-five offices will be constructed for village councils to strengthen local governance. Two common facility centers for women entrepreneurs will be operationalized.

The project is aligned with the Government of Khyber Pakhtunkhwa’s development agenda and aims to build trust between communities and local government and promote sustainable livelihoods.

Also read: Imran Khan regrets not buying oil from Russia during his tenure

The Additional Secretary of the Planning and Development Department of Khyber Pakhtunkhwa, Muhammad Qaiser Khan has said that the Government of Khyber Pakhtunkhwa is strongly committed to the sustainable development of the merged districts. We appreciate the continued support provided by the Government of Japan for improving the conditions for the people of the merged districts, he said.

While speaking at the ceremony Samar Ihsan, Additional Secretary of Ministry of Economic Affairs, said. “Government of Pakistan is committed to working with UNDP and the Government of Japan. The entire tribal belt has been severely affected by the two decades of insecurity and its after-effects. Stabilization and economic recovery of merged districts are important for durable peace and prosperity.”

At the signing ceremony, H.E. Mitsuhiro Wada, Ambassador Extraordinary and Plenipotentiary of Japan to the Islamic Republic of Pakistan, in his speech, mentioned, “This project will not only support recovery and income generation but also enhance social cohesion and local governance to ensure the sustainability of the outcomes. Japan and UNDP have a long-standing partnership, and I greatly appreciate UNDP’s tireless effort and dedication to achieving sustainable and inclusive development in Pakistan.

Speaking on occasion, Knut Ostby, Resident Representative, UNDP Pakistan, stated, “We are grateful to the Government of Japan for their long-standing partnership with UNDP. With their generous support, we were able to expand and strengthen the efforts of the Government of Pakistan, which are critical for achieving stability and sustainable development in the merged districts and bringing it at par with the rest of the country.” It is pertinent to mention here that in the past five years, the Government of Japan has made a substantial contribution of more than US$24 million through partnering with UNDP in key areas of social cohesion, livelihoods, youth empowerment, climate change adaptation, electoral and legislative processes, and the rule of law and justice in Pakistan. 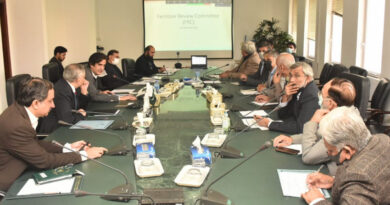 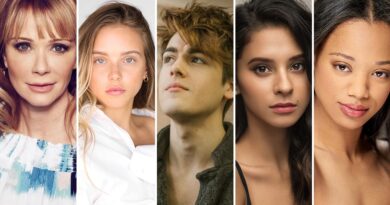 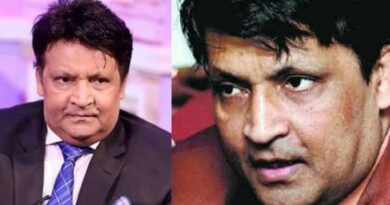